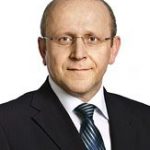 "§ 35 (1) In all cases in which the President has reason toconsider the outcome of a vote taken for granted inadvance, he is authorized to declare a question putto the vote – however excepting the final passing ofa Bill or another independent proposal – decidedwithout a vote, unless seventeen Members requestthat such a vote be taken. Incidentally, votes aretaken either by means of a voting machine, bycounting the Members who have risen from theirseats, or by roll-call. (2) Usually, votes are taken by means of a votingmachine which indicates who vote for the Bill, whovote against it and who abstain from voting as wellas who are absent. The result of the voting is keptin the Archives of the Folketing. If the Presidentso decides, it will be recorded in the minutes of thedebates in the Chamber how each Member hasvoted. This also applies if seventeen Members haverequested it in writing before the vote is taken, un-less the Folketing by an ordinary vote taken at thesuggestion of the President decides otherwise. (3) If the voting machine cannot be used, a vote istaken by the President’s calling upon the Membersto rise from their seats in order to indicate that theyvote for or against the Bill or to indicate that theyvote neither for nor against."