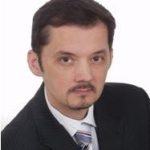 "So how did Iceland manage it? There were four pillars to Icelandic policy in the aftermath of the bust: external assistance, debt repudiation, currency depreciation and capital controls. The assistance was considerable. Reykjavik called in the IMF in November 2008. So far Iceland has received €1.56 billion (Ł1.38bn) in assistance from the fund (in the context of a GDP of €8.4bn). It has had help from friendly governments, too. Iceland received $3bn (Ł2bn) from Nordic nations to bolster the foreign exchange reserves of its central bank.

Iceland's debt repudiation was considerable too. The three largest banks – Landsbanki, Kaupthing and Glitnir – collapsed in autumn 2008. Rather than nationalising them, the government allowed the banks to go into administration. Foreign bondholders lost some of their money and saw the rest of their loans converted to equity. A hard line was also taken with other creditors. Icesave, an online subsidiary of Landsbanki, took deposits from some 400,000 people in the UK and the Netherlands. When it went bust, these depositors were rescued by the Dutch government as well as our own. Iceland refused to guarantee reimbursement. That saga might, however, have a relatively happy ending. Last week the administrators of Landsbanki said that the estate of the banks should yield more than enough to pay the UK and Dutch governments what they are owed."