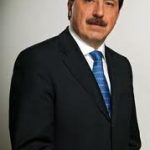 Rules of Procedure of the German Bundestag

Election of the President and the Vice-Presidents

Election of the Federal Chancellor

(2) Unless the Basic Law, a federal law or these Rules of Procedure provide otherwise, decisions shall be taken by a simple majority. A tie shall constitute a negative vote.

(3) If, under the provisions of the Basic Law, a federal law, or these Rules of Procedure, a decision or an election requires a specific majority, the President shall expressly state that the approval of the requisite majority exists.

Election of the Commons Speaker (GB)

Each MP will receive a ballot paper with the names of all the candidates listed in alphabetical order. They will vote in the division lobbies either side of the House of Commons Chamber, and will have 30 minutes to do so.

It is a secret ballot and MPs can only vote for one candidate. Once the votes have been counted the result will be announced in the Commons.

Votes at the National Assembly (FR)

II. – the public nature of the vote

With the exception of votes on personal appointments (the election of the President at the beginning of a parliament, for example), all votes in the Parliament are public. They may be by show of hands, by ordinary public ballot or by public ballot at the tribune.

Rules of Procedure of the European Parliament

1.    The President, Vice-Presidents and Quaestors shall be elected by secret ballot, in accordance with Rule 169. Nominations shall be with consent. They may only be made by a political group or by at least 40 Members. However, if the number of nominations does not exceed the number of seats to be filled, the candidates may be elected by acclamation.

Only ballot papers bearing the names of Members who have been nominated shall be taken into account in calculating the number of votes cast.

2.    Voting may also be by secret ballot if this is requested by at least one-fifth of the component Members of Parliament. Such requests must be made before voting begins.

When a request for a secret ballot is submitted by at least one fifth of the component Members of Parliament before voting begins, Parliament must hold such a vote.

4.    Between two and eight Members chosen by lot shall count the votes cast in a secret ballot, unless an electronic vote is taken.

In the case of votes under paragraph 1, candidates shall not act as tellers.

The names of Members who have taken part in a secret ballot shall be recorded in the minutes of the sitting at which the ballot was held.